Interested in castle hunting in East Sussex? The Sussex region is full of amazing castle ruins, many of them well-preserved and open for visitors to tour. Some are also protected as English Heritage sites or are part of the National Trust and offer interesting opportunities to learn more about English history.

The Best Castles in East Sussex

Here’s a list of seven of the best castles in East Sussex you won’t want to miss while traveling around England, and some quick facts about what to expect when you visit.

Bodiam Castle is one of the most iconic medieval landmarks in East Sussex thanks to the excellent preservation of the walls and towers and the picturesque moat surrounding the castle.

It was originally built in 1385 by Sir Edward Dalyngrigge as a manor home, which later became fortified into the castle now standing. Now a Grade I listed historic building under the ownership of the National Trust, Bodiam Castle continues to captivate visitors with its fairytale-like appearance and forested surroundings.

Hastings Castle occupies a scenic spot atop a cliff with views of the town of Hastings and the North Sea. It was originally constructed under orders from William the Conqueror, first in wood and later refortified in stone.

After falling into ruin after the French attacks of 1337 and 1339, the castle and its interesting dungeons were rediscovered in the 1870s and became a popular tourist attraction. Today, visitors can enter through the north gate to view the remains of the dungeons, Chapel, and the archways and staircases still standing within the castle walls.

One of the earliest brick buildings constructed in England, Herstmonceux Castle stands out for its excellent preservation and beautiful gardens. The maintained gardens and surrounding woodland area cover about 300 acres and offer something different during every season.

If you’re interested in visiting Herstmonceux Castle, you can find a helpful guide on their website about when certain flowers will be in bloom and what to expect for each time of year.

Most of the castle’s interior is only viewable by taking part in a tour; if you’re traveling to East Sussex, you can check for opening times and ticket prices for Herstmonceux before your arrival.

After the 1066 Battle of Hastings, Lewes Castle was one of the first castles built in England. Located next to the town of Lewes in East Sussex, it’s considered to have one of the best-preserved barbicans (the outer defensive wall of the castle), which was completed in the 14th century.

Today the castle is owned and maintained by the Sussex Archaeological Society. When you visit, be sure to check out the adjoining museum, which holds various historic documents and artifacts of the region.

One of the most famous castles in East Sussex, Pevensey Castle has earned its place in history books for being the site of the Norman Landing of 1066 from where William the Conqueror proceeded to assert his claims to England’s crown.

With origins dating back to the Roman Empire, Pevensey Castle is a record of almost 1500 years. It’s well worth a visit to walk around the castle to view the remains of the Roman wall and tour the expansive interior and charming adjoining village.

The Rye Castle Museum and historic Ypres Tower are some of the oldest buildings in Rye. Constructed under orders of King Henry III during the mid-13th century, the castle has passed through many hands of ownership, including Jean d’Ypres, whose name is still associated with the tower.

Put to use as a jail and court hall during the 15th century, Rye Castle also withstood some damage during World War II. Today, the Castle Museum is a popular attraction for travelers passing through Rye and contains great interactive exhibitions with details about the castle’s history and significant events. 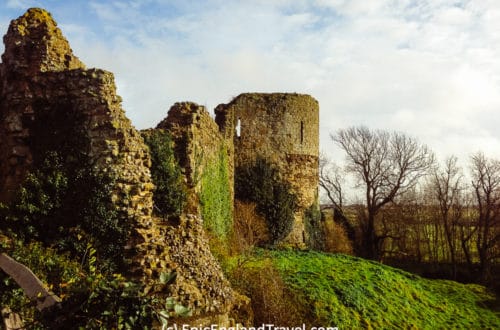 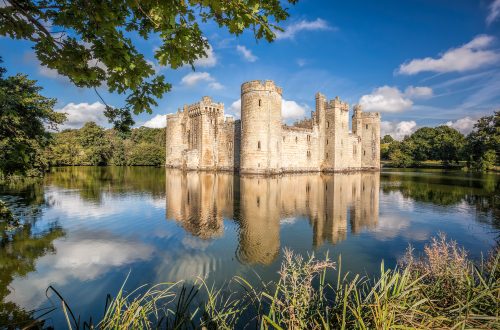