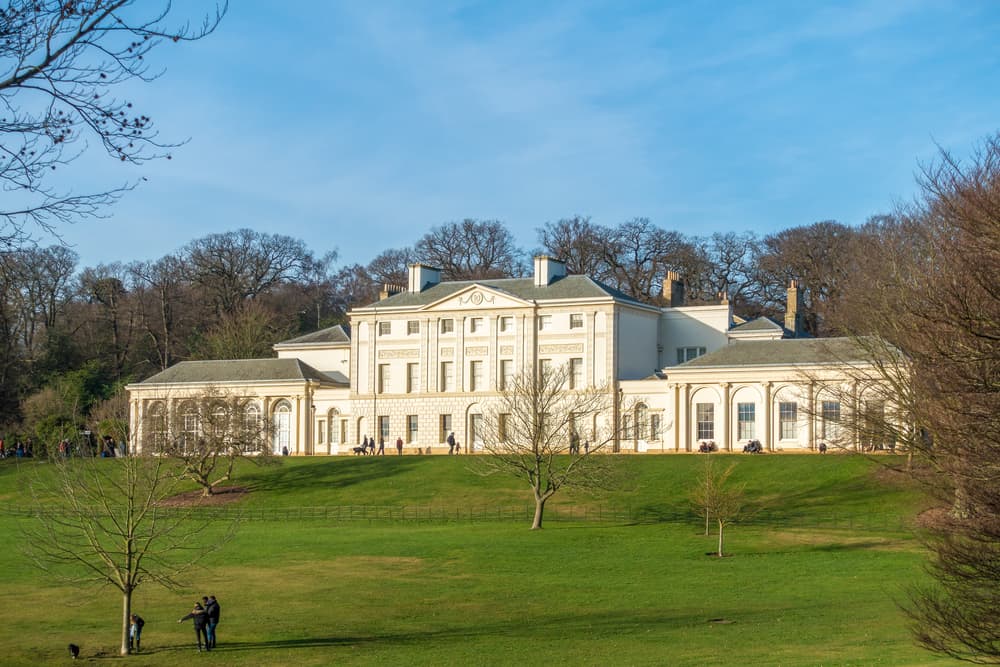 You don’t actually need to leave London to get the whole English country house experience if you are a visitor to London with limited time. In addition to the famed Adam designed library at Kenwood House in Hampstead Heath, the rest of the house is beautiful too!

The outside is welcoming with these charming benches set around to appreciate the gardens. After Adam went to the trouble of relocating Hampstead Lane away from the front of the house, it seems only right to make an effort to take in the garden view!

Upon entry, you are welcomed by a fire just as if you had entered an 18th century gentleman’s home.

Much of the furniture had been sold off by the Mansfield family before it was bought by Lord Iveagh. Interiors appropriate to the time, however, have been sourced by English Heritage to recreate a period look.

This beautiful piece, for example, opens up to reveal storage for cutlery. We were told that the Georgians may take their own cutlery when invited for dining. Hence, why it is located in the front entrance!

I love the grand staircase which has been painted a light blue more in keeping with Georgian times than the black it had been pre-restoration. The details are of stylised honeysuckle and palm fronds. Doesn’t the blue really pop against the warmth of the browns in the wood?

I had the pleasure of having a tour of Kenwood House in Hampstead Heath a couple of weeks ago. English Heritage has undertaken a fabulous restoration of Kenwood. The result is light and bright, a far cry from the austere, gloomy house I remember from visiting a few years ago.

Kenwood House was originally built in the early 17th century. Bought in 1754 by William Murray, the Lord Chief Justice and the 1st Earl of Mansfield, the house was enlarged to make it grander.

For example, the library and the columns in the front were added. In addition, Adam relocated the road (Hampstead Lane) which ran in front of the house to a discreet distance away.

The house fell out of favour with the Mansfield family and went into decline. It was eventually bought by Lord Iveagh, a member of the Guinness family, who donated it to the nation upon his death in 1927.

The Library or Great Room was my favourite room and created by Robert Adam, Scottish architect and the go-to starchitect of the time. The largest room in the house, the Library is believed to be one of the best preserved Adam interiors in the country.

The room is decorated in a beautiful pastel colour scheme of blues, greens and pinks with white plasterwork.

The 19 ceiling paintings by a Venetian artist depict scenes from Lord Mansfield’s life. There is a giant portrait of Lord Mansfield over the mantlepiece.

Apparently there was a big debate on the amount of gilding there should be in the room. The painted white faction won out but achieved a compromise. The gilding is underneath the paint and can be restored if further historic research reveals that the room was indeed gilded.

The large French mirror is original to the house. It was brought from France because the British could not create mirrors this size. The red curtains also are part of the original furnishings.

Kenwood House has been restored to its Georgian splendour. I’m really glad that I saw the Georgians Revealed exhibit at the British Museum which helped with understanding the social and historic context of this house.

Interestingly, this house was almost burned to the ground in June 1780.

When the rioters followed Lord Mansfield to his country house, the savvy publican at The Spaniard’s Inn pub on Hampstead Lane offered them free ale. They got distracted and Kenwood was saved! I guess English yobs have a long history of being sidetracked by beer!

The famed Adam-designed portico is visible from the windows. The exterior has been refinished in sand applied to wet paint to mimic the look of stone (just as Adam had done for the original finish). I was interested to hear about this facade application because George Washington’s stately home, Mount Vernon, on the shores of the Potomac near Washington D.C. had the same thing done to it.

The house has lots of artwork by famous artists. The Georgians were big into art collecting as part of their love of conspicuous consumption.

This painting by Vermeer was sold by Vermeer’s wife upon his death to pay off bills. It is believed to be a relative of the Vermeer family because she was loathe to part with it. It was sold on the condition that she could buy it back if she raised enough funds. Sadly, she never did.

The Georgians loved the exotic which was increasingly brought to England by the growth in trade and subsequent prosperity. This chinoiserie detailing on one of the fireplaces is exquisite.

One out-of-the-ordinary Georgian detail is that Lord Mansfield’s mixed-race niece, Dido Belle, was raised at Kenwood House. Dido was the illegitimate daughter of Royal Navy Admiral who was the nephew of the first Lord Mansfield.

The Mansfields had no children of their own and they took on the upbringing of Dido and her cousin, Lady Elizabeth Murray. Dido was a mixed-race aristocrat in a time when that was a rarity. This beautiful painting, depicting their youth and exuberance, treats both girls on equal footing with each other (another rarity). In a recent film made about Belle’s life (Belle, 2013), another house stood in for Kenwood House which was undergoing restoration.

It is very child-friendly with an inside play area, a good cafe and plenty of gardens to roam. My children love visiting Kenwood. You really do get the feeling of being in the country! 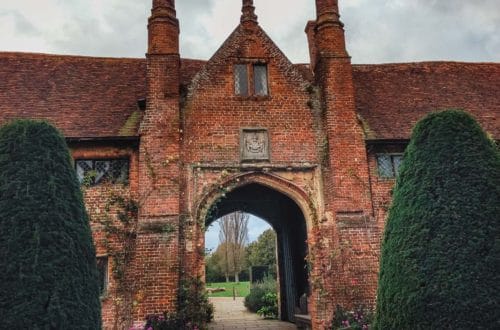 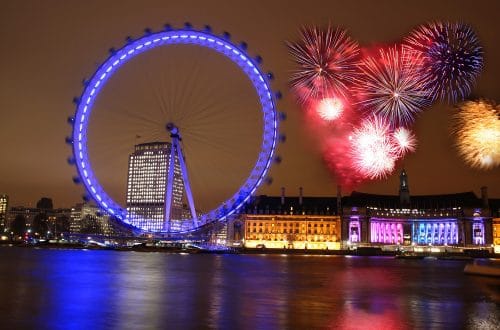 20+ Fun Facts About The London Eye You Probably Didn’t Know!